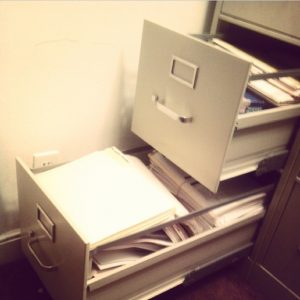 There’s a scene in Shelly Duvall’s Fairie Tale Theatre take on the classic “Goldilocks and the Three Bears” story in which Goldilocks’s father chastises his lazy daughter as she makes ridiculous excuses for not getting her chores done. He scolds, “If you would spend as much time doing as you do thinking of ways to get out of it, you’d be done it already.” I first heard that line in that film when I was a kid, and it’s stuck with me through life, work, and everything in between. Are you putting off your success under the guise of proper planning? Is your “planning” little more than a stall tactic, an excuse for your procrastination? Let’s work to reverse that, starting now.

I’m blessed to mentor and coach some of the brightest young minds of our time. On a phone consultation with one such talented individual, I repeated a message I’ve heard myself parrot many times in recent years. “I challenge you to abandon your two-plus years of planning and to go do something – anything other than more planning – to move you toward any of your significant goals.” It’s a challenge because we’re so deeply programmed to plan for life and business that we often suffer from implementation paralysis. We don’t learn how to implement even the best laid plans.

Does it sound counter-intuitive to set aside the valuable exercise of crafting a sound business plan before launching toward a goal? Probably, right? Let me ask this: If you’ve spent months or years planning something on which you haven’t acted, what have you got to lose even if you take action and fall flat on your face? Are you any worse off than not having done anything? I’ll argue that you’re better off because you now know the consequences of at least one course of action. And if you’re a creature of planning, then you’ve just refined your planning process in a way that thinking and talking about it could never do.

I’m giving you permission – here, now – to take some risks, even calculated ones, that move you away from habits and excuses that keep you from being who you want to be, doing what you want to do, and having what you want to have. I’m saying that in this moment, it’s OK not to bury yourself in a never-ending planning process that hasn’t to date brought you results and that will never bring you results if you are a creature of habit. And you are.

So break some habits. Stop planning. Stop talking. Stop thinking. Stop reminiscing. Stop worrying. Start doing. What can you do today, right now to move you toward your goals?